Boyd Bushman was born 20 July 1936 in Globe, Arizona to Mitchell S. and Glenda Porter Bushman. He was raised in Show Low, Arizona and graduated from Snowflake Union High school. His early interest in science was nurtured by his mother Glenda, George A. Smith, and David A. Butler. He received a Bachelor of Science degree from Brigham Young University, majoring in both math and physics. Boyd also earned an MBA from the University of Michigan in Ann Arbor.

From an early age Boyd was blessed with curiosity, optimism, and a keen eye to see beyond the surface of what might appear ordinary to others. He drew heavily from the wonders of the Creator and loved sharing his discoveries with people who were prepared to be amazed.

Professionally he preferred to introduce himself as a Senior Scientist, yet this understated the accomplishments of a man who contributed so much to the defense and security of our nation. Bushman’s career spanned over forty years and included work with defense contractors Hughes Aircraft, General Dynamics, Texas Instruments, and Lockheed Martin (LM). Some of his accomplishments included being on the development team of the Stinger missile, the F-16, as well as many other advanced weapons and propulsion systems. At the time of his retirement in 2000, Bushman had 28 patents in his name, many of which contained classified technologies.

Boyd Bushman was gifted with the capacity of making everyone around him feel important and valuable. He did this by demonstrating a genuine interest in the individual, and by divining their qualities and traits with an ability so uncanny that it was both disarming and endearing. Boyd’s gift of making others feel loved and of great worth was showered abundantly upon his children who love and adore him as their father in mutual bonds that extend throughout eternity. 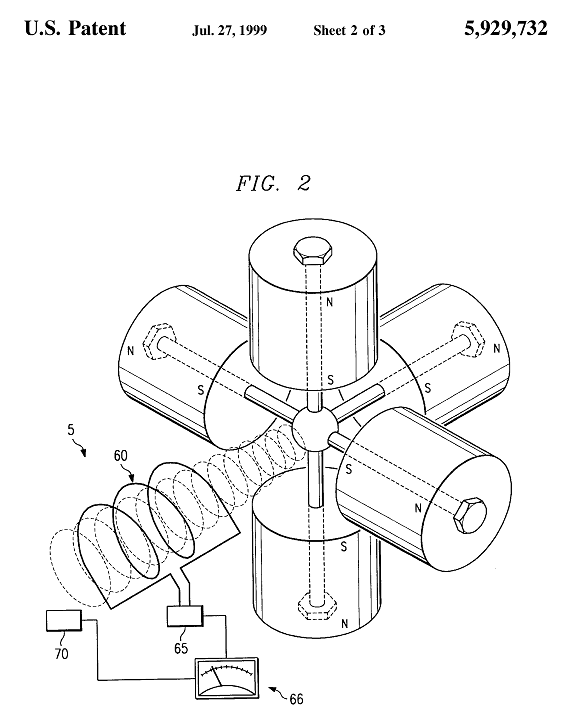 Apparatus and method for amplifying a magnetic beam

The origin of magnetism lies in the orbital and spin motions of electrons and how the electrons interact with one another. The best way to introduce the different types of magnetism is to describe how materials respond to magnetic fields. This may be surprising to some, but all matter is magnetic. It’s just that some materials are much more magnetic than others. The main distinction is that in some materials there is no collective interaction of atomic magnetic moments, whereas in other materials there is a very strong interaction between atomic moments. The magnetic properties of materials can be classified into the following five major classes:

Materials in the first two groups are those that exhibit no collective magnetic interactions and are not magnetically ordered. Materials in the last three groups exhibit long-range magnetic order below a certain critical temperature. Ferromagnetic and ferrimagnetic materials are usually what we consider as being magnetic (i.e., behaving like iron). The remaining three are so weakly magnetic that they are usually thought of as “nonmagnetic”.

Dr. Robert M. Wood was engaged in deciphering the physics of UFOs while managing a research project on antigravity for McDonnell Douglas from 1968-1970, codenamed BITBR.  It is conjectured that the speed of propagation of light is modified when passing through a magnetic field. It is the purpose of this experiment to determine if such an effect exists:

Short-term changes in the Earth’s magnetic field, that occur over periods of just years or decades, have now been shown to be very closely correlated with changes in gravity:

In the 2003 interview with David Sereda, Boyd Bushman claims that if you take two magnets and lock them together with opposing magnetic poles (inversely aligned), that the opposing magnetic forces affect Earth’s gravity field such that the object will fall slower than if the poles were aligned. In the interview Bushman even provides paperwork of 500 drops experiment conducted from a height of 59 feet at a location in Texas on December 12, 1995. As you can see on the above photo, the document is not very clear, the words “ANTI-GRAVITY” are visible in the top left corner as well as the words “AT LMTAS”, i.e. at Lockheed Martin Tactical Aircraft Systems, where Boyd claims the experiments were conducted. In 2009 William Alek conducted a magnet drop experiment where he claimed to have positively replicated Boyd’s finding. Although he received criticism for conducting only one test, and releasing the objects by hand rather than with a trap door mechanism. All in all, I agree that much more thorough testing needs to be done to eliminate all sources of error from the experiment.

When I saw the clip 4 years ago I knew I had to test it. There was lots of imperfections in this experiment. These magnets were only grade N35. Next time will use N52. Also using metal casing was a bad choice – affecting the magnetic field and adding unnecessary dead weight. The dropping height was too low and doing just a couple of drops was also a big mistake.

I dropped the objects 3 times. On first 2 drops the objects were perfectly synchronised till ground, and on the third drop I got this: 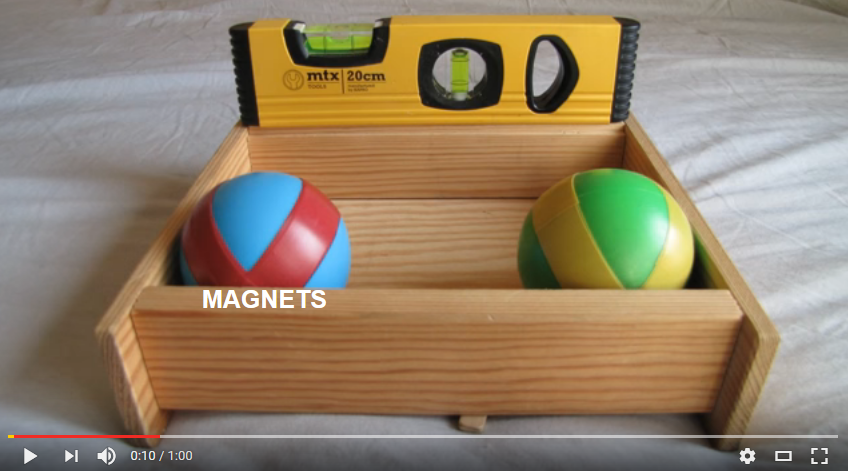 The red-blue ball containing the two inversely conjoined magnets falls slower than the non-magnetic yellow-green ball of the same weight : 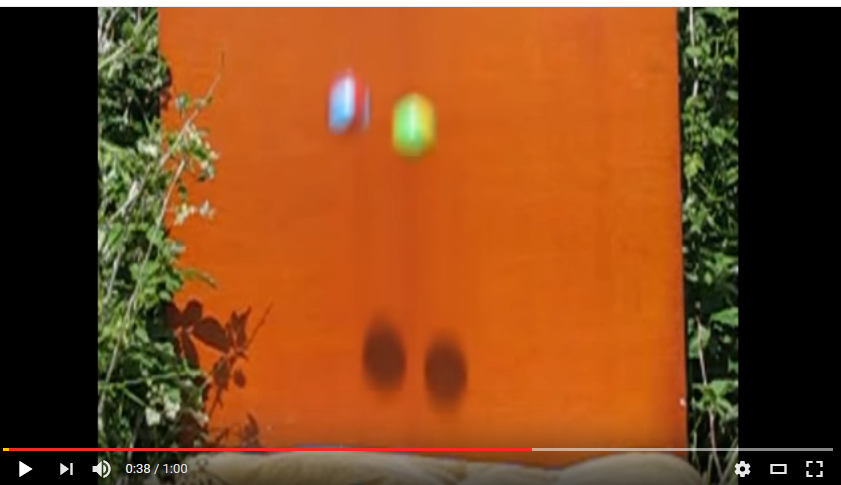 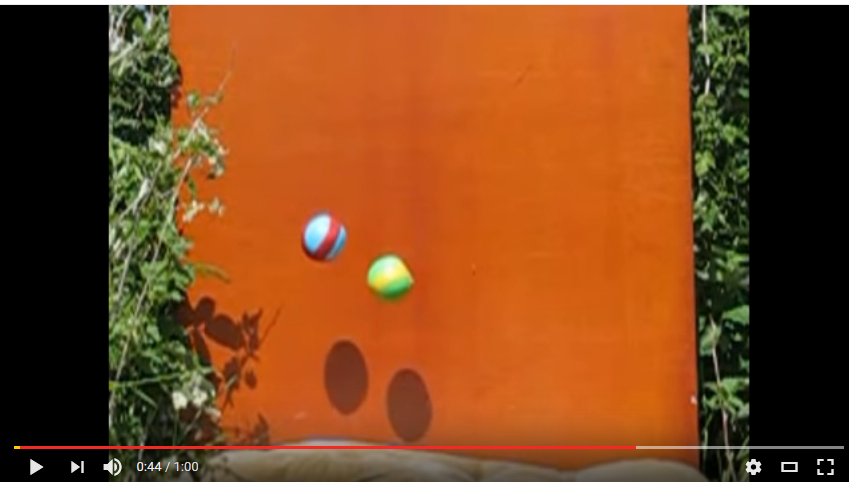 The empirical results of this experiment performed by Boyd Bushman at Lockheed Martin in Texas were officially verified and confirmed by Lockheed Martin. The red-blue ball containing the two inversely conjoined magnets has fallen slower than the other, and rebounded higher. This means that the red-blue magnetic ball was not pulled by gravity as strong (or resisted the gravity pull), and also precisely for the same reason it was able to rebound higher. The experiment is simple and inexpensive enough to be replicated by anyone interested. 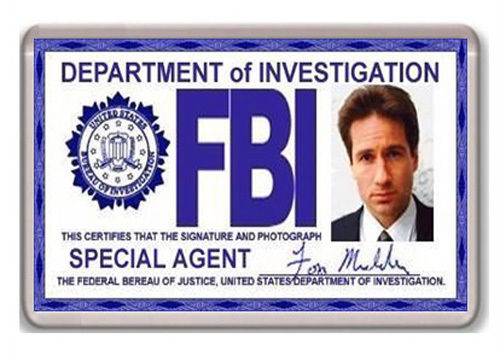 A 1999 FBI memo established that Boyd Bushman was indeed employed at Lockheed Martin (LM). The man’s claims of holding Top Secret clearance while working as a Senior Specialist were also verified. Please note, however, LM expressed concerns to the FBI of what “may be an ongoing attempt to elicit LM proprietary or classified information” surrounding Bushman:

The above mentioned “wave theory” refers to the wave theory of mass.

The National Security Agency and the FOIA request for Boyd Bushman related documents: