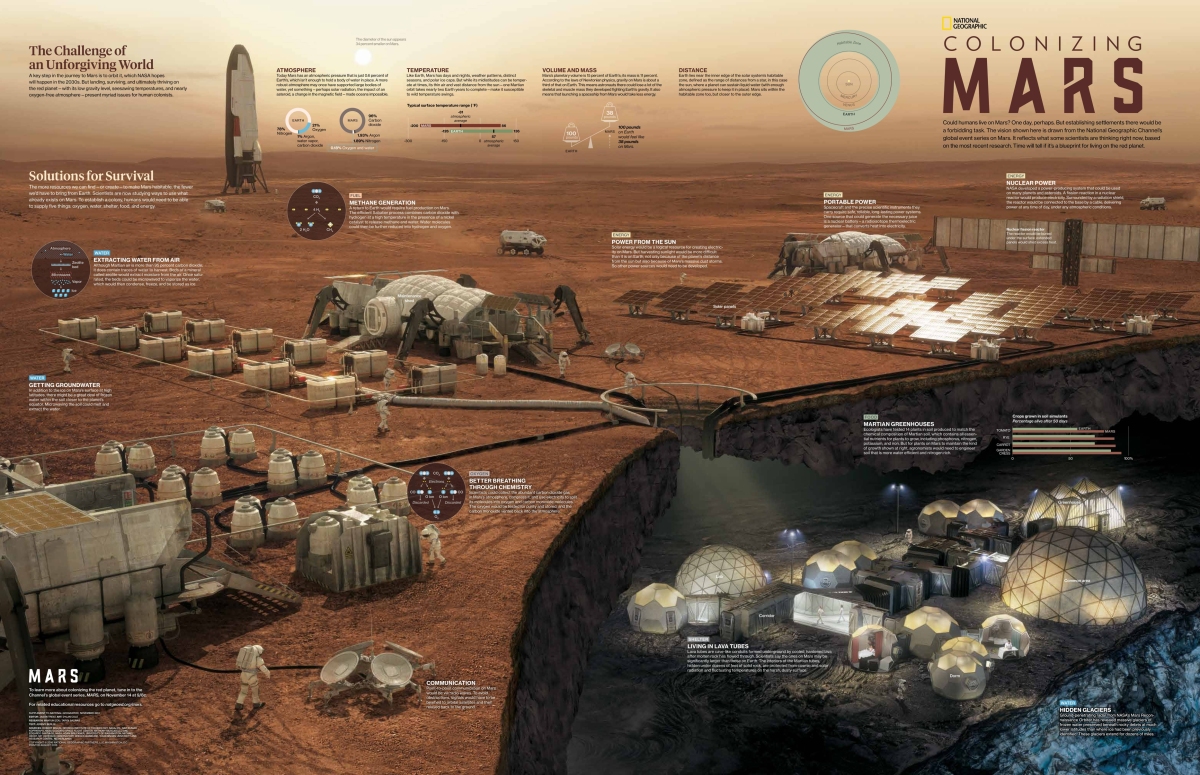 A rotor ship is a type of ship designed to use the Magnus effect for propulsion. The ship is propelled, at least in part, by large vertical rotors, sometimes known as rotor sails. German engineer Anton Flettner was the first to build a ship which attempted to tap this force for propulsion, and the ships are sometimes known as Flettner ships. Albert Einstein praised Flettner’s rotor ship as having great practical importance. And this is rotor airplane:

Now imagine the above model airplane with cylinder-rotors taken from the following rotor ship. It would be a truly gigantic airplane:

FROM PLAYING WITH PLASTIC CUPS TO AN AMAZING AIRCRAFT

The aerodynamic aspect is simply a Flettner-type aircraft. It would be a propeller airplane. However, due to its electric aspect, the propeller needs to be in a shape similar to this new wind turbine. The spiraling pattern on propeller’s cylinder-blades could also be included on its cylinder-wings.

Cylinder-wings and propeller’s cylinder-blades would be engineered as asymmetric cylindrical electric capacitors, and properly oriented magnetic field would be applied to every single cylinder-capacitor.

The advantage of it being a hybrid aircraft is that even if electric capacitors are turned off, or fail, the aircraft would still be perfectly capable of safe flight and landing, albeit with reduced power.

Before we go to the trouble and expenses of constructing a small prototype model aircraft, it would be enough to first just test a single lift producing MEAD device — the spinning cylindrical “magneto-capacitor”.

For the sake of simplicity, such cylindrical capacitor does not need to have that extra spiraling pattern from the turbine. It needs to be spun by motor, while being enclosed in magnetic field lines that are parallel to its axis of spin, i.e. the spin axis and the magnetic axis will be aligned.

We will hang the above device on a balance scale, and perform the following four measurements:

The following is not a tilt, but a close enough functional equivalent of it. The cylindrical capacitor’s electric field axis is eccentric in relation to the cylinder’s spin axis — kind of symmetry-breaking. Symmetry is balance, is static. Things start moving only when you break the symmetry. It is a fundamental principle in physical reality.

[ It would not be an “action at a distance”, if a field is involved. According to our theory, the action and reaction is a repulsion between Earth’s Abraham-Magnus field and spinning capacitor’s Abraham-Magnus field, and, in fact, this interaction does happen along the lines of electric field. ]

The standard version of Poynting’s theorem assumes that only free currents can be sources of electromagnetic field energy. But as we examine the possibility of “hidden” forces, energy and momentum it is useful to consider at least one alternative, that the “total” current can emit/absorb field energy. We do not consider Maxwell’s displacement current in the current J that couples to E as a source field energy, although logically we could. Indeed, following this line of thought leads to 729 variants of Poynting’s theorem, most of which are rather implausible physically as they imply that the electromagnetic fields are sources of themselves. Of course, such behavior occurs in gravity and the strong interaction, which are described by nonlinear field theories.

The initial aircraft prototype can be as simple as this one. And initially it can have a conventional propeller. A simple prototype of the new capacitor-propeller can be initially tested separately from the aircraft.

The question, of course, is:  Would such an airplane be efficient enough for practical purposes in order to warrant its mass-production?

With some modifications such aircraft could be capable of takeoff and landing on water, also due to the buoyancy of its cylinder-wings: 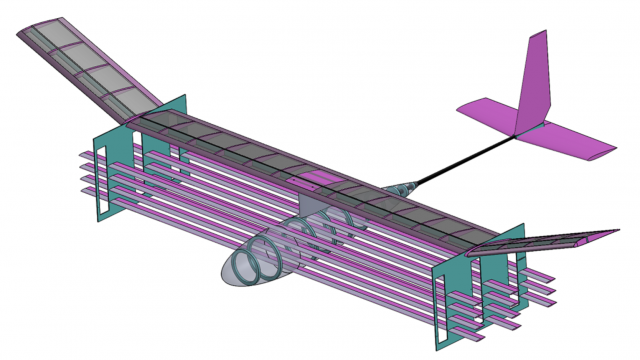 Participants from MIT’s Department of Aeronautics and Astronautics, Department of Electrical Engineering and Computer Science, and Lincoln Lab are collaborating to design and produce the first airplane powered with electroaerodynamic (EAD) propulsion.

EAD propulsion has no moving parts and is sometimes called “solid state.” While the effect has been known about for over a century, interest has increased because previous work at the MIT Department of Aeronautics and Astronautics indicated that EAD propulsion may be an efficient means of propulsion.

The team aim to flight test a small drone with about a 3-4 m wingspan for a short straight-line indoor test. If successful, this will be the first flight of an airplane which does not use moving surfaces (e.g. propeller or turbine blades) or heat addition (e.g. as in a ramjet) for propulsion.

THE Abraham-Magnus FORCE FOR SPACE PROPULSION

Referring to the above illustration of a tennis ball, let’s notice that this tennis ball is not only spinning inside Earth’s atmosphere, but at the same time also inside Earth’s magnetic and electric fields, thus satisfying the above translation of the 3 terms.

As per the above illustration, to produce the Abraham-Magnus force we need the following 3 elements:

If our lift producing MEAD device is to move upwards in any novel way, it would have to be ultimately according to Newton’s Third Law. I expect it to be an action and reaction between the device and the Earth:

The Earth and our MEAD device both produce the Abraham-Magnus force. More precisely, these are two fields with lines oriented along their electric field lines, and their respective Abraham-Magnus forces pointing in the direction from the high electric field’s charge density to the low one, as per the above 3 terms translated. Both of them should have their outer plates charged positively.

We expect to observe repulsion between our MEAD device and the Earth, due to the fact that they both have their Abraham-Magnus field lines directed outwards.

In this way, all of the above could constitute an instance of genuine field propulsion, which could work not only inside Earth’s atmosphere, but also outside it, in outer space, because as per the above 3 terms translated, the Abraham-Magnus force does not require the presence of any gaseous medium at all, but the presence of gravity only.

Therefore, with some modifications, our MEAD hybrid aircraft would be able to operate as a much-needed replacement for retired NASA Space Shuttle, and also be able to deliver commercial satellites into Earth’s orbit, as the first truly reusable spacecraft.

Despite optimistic news that you can read in mainstream media, orbital transport is still prohibitively expensive, prone to explosions, and with its old rocket-science & technology it is obvious that not much will change anytime soon. Since the end of the Space Shuttle program, the only way to transport astronauts to and from the ISS is the Soviet-era Soyuz rocket designed in the 1960s.

Presently, the cheapest commercial rocket is SpaceX Falcon 9 for about $90 million. In principle, it is a reusable spacecraft, but in practice it can only be reused a few times due to material fatigue. For better safety and reliability, in order not to blow up expensive, classified military payload, US government doesn’t hesitate to order rockets manufactured by the United Launch Alliance, priced at $260 million apiece.

According to the book, Rocket Billionaires: the New Space Race, should the cost of orbital payload delivery decrease, and the safety and reliability increase, the global private orbital business would be skyrocketing.

One important kind of orbital business that presently is almost nonexistent due to cost and technical difficulties is in-orbit maintenance of expensive hardware that already fly up there, like fixing the Hubble telescope. Other ones are: orbital junk collection and planetary defense.

Because our MEAD spacecraft is not a rocket, if it would be capable of reaching Earth’s orbit, then in principle it would also be capable of landing on the Moon, and on MARS: